Whats the deal with crusaders?

So what is this class good for? Has less spell power than cleric and doesn’t get as many bonus like taking few classes of fighter, if you want make a more buffed cleric. I wanted to make LN/LE Paladin-like character with a mix of Hell Knight and first took a look at crusader. But in the end I was more happy with a heavy armor oracle for going hell knight later on.
Can someone explain me whats special about a crusader?

Never played one, but you might find answers there, or there.

Also, for roleplay reasons, Crusaders play a big role in the Worldwound.

Pathfinder inhereits the 3.5 DND issue of having terrible class balance.(Though it was a lot worse in D&D)
Some classes are OP while others are just are completly useless.

Yes, I think the balance is the issue. I tried to google too which class to take best for hell knight. I thought cleric was good approach and tried crusader, as it seemed like a fighter-cleric. But I thought “Wow, I have so few spells for a cleric and the melee is terrible compared to fighter”. So I googled and only found bad topics about crusader being total useless.

WotR will bring the Warpriest, which might be closer to what you hope for.

They are a mix of Fighter/Cleric (incl. the option to get access to feats like Greater Weapon Focus/Specialization) while keeping their caster level/class level for their abilities. Of course this has to come at a cost and the cost for this = fewer spells & just one domain. Many people often underestimate the importance of caster/class level for certain things.

Yes, but I archived a better build for a my purpose using a oracle/hell knight combination. I think a 10 oracle / 10 hell knight is way better than a 20 crusader. Maybe its just very hard to keep balance of classes, if there are so many possibilities of combinations.

Well, it may look better at first, but keep in mind that you have max level 5 Oracle spells & they will be short & very easy to dispel (buffs) or won’t go through spell resistance.

Besides, there will be Mystic abilities to allow you to cast more spells, which is the greatest grudge against the crusader if I understand things well.

Most of my spells are heal/cure (cleanse, restoration, remove curse…)/dispel magic and buff spells. So they won’t meet spell resistance so much.

Never really got into the meta of it all myself, but out of curiosity:

Is there a consensus on the “most OP spellcaster build” for Pathfinder, by any chance?

For KM, I went with a Sorc w/ Draconic Bloodline but all in all was a bit underwhelmed… often, the melee members of my party had already killed the mob on whom I was still busy casting me spell on, so my character started to feel more and more useless in battle.

Unless, of course, I initiated battle by casting some large AoE ahead of combat start, but that also wasn’t really satisfying, especially with stupid-as-bread paty AI then immediately charging right into the still-active AoE, instead of running around it… but I guess pathfinding AI in Pathfinder sadly was horribad anyhow, given how AI party always ran into traps despite those traps long since having been detected, instead of avoiding them by walking 2 cm to the left.

@Lamiosa As written by the other thread, use a hellknight signifier instead of hellknight to have full spell progression. Base class could be a battle oracle with martial weapons and heavy armor. As written by somebody else, a single class warpriest might also be good, but you have only lv6 spells.

@HMorisson
I want to make a sylvan sorcerer with focus on conjuration. Spells like grease, web, stinking cloud and summons. My companions and the pet deal damage, my spells disable enemies and summons distract them in case I cannot disable all.

The thing about those AoEs is that they also affect the Party, and at least in Kingmaker that made using them extremely annoying, as Party AI constantly ran into those AoEs, no matter how carefully I placed them… and while it’s technically possible, I for one do not enjoy having to hit Pause every second second to micromanage every second step the AI takes.

In PnP, it is just self-understood that the other Party Members will avoid the direct area that is affected, but so far I haven’t seen a single Party AI in cRPGs that properly reflect this, sadly, making a lot of spells nigh-on useless in games with Friendly Fire enabled.

With Abundant Casting the Crusader gets much more viable. A problem all Clerics have is the missing 20th Level power. The paizo entry states Clerics get:

Proxy (Su)
At 20th level, the Cleric forges a direct, personal connection to her Deity. She knows instinctively whether her Deity would approve or disapprove of a given course of action or idea (though deities rarely bother to form opinions about overly mundane or trivial events). In addition, she can select an additional domain from the list offered by her deity.

Ignore the first part but Cleircs get 1 added Domain at Level 20 so Crusaders have 2 while base Clerics have 3. Plus Domains gotten from the Impossible Domain Mythic Feat.

You can get immunity to those effects with spells like freedom of movement and delay poison. You want to use those buffs a lot anyway. Many conjuration spells also ignore spell resistance.

Over the whole game archers and melee fighters will do much more damage than casters. You can attack several times per round and you will use stuff that improves damage and hit chance. Caster usually use buffs or debuffs. They can deal tons of damage if you focus on it, but only a few times per day, you may have problems with spell resistance and saving throws and you can easily kill your party, given the poor path finding sometimes (and this in a game called Pathfinder

I remember how evil Amiri did damage, so I guess in kingmaker melee also did way more than casters. At least Amiri already killed 2-3 people at high level before the caster got to their spells (and she was my favorite companion). However I want to fill a “gap”, being charismatic leader, 2nd healer and do some melee damage. A full fighter does more damage and a full cleric maybe more healing, but if you already have a good fighter and good healer in group, you can make good combinations of your own character. I just came to the conclusion, that crusader is not the one, I do not know if its better for any situation than a combination or other class.

The AI running around was negated with the turn based mod. I started playing completely differently with my casters when I used it. If you haven’t tried it out, I highly recommend it.

Both the AoE spells and Charge ability became mainstays for me in turn based.

It’s going to be interesting to see how different fight strategies turn out with the two systems in place.

OK, you want a mix of healing and fighting. It looks like you want to be better in fighting than healing. The default choice would be paladin, but you want to be lawful neutral. So what would be a neutral paladin? Absolutely not a hellknight, they have no spells. I Would suggest a ranger, an Inquisitor or a warpriest. They are best used single class, please look what archetype you like most, some of them are build as leaders. If you care about charisma I would suggest bard or oracle. Bard is a great leader, oracle is exactly like a cleric, just with spontaneous casting. It makes little sense to have a casting base class combined with a prestige class that does not have spell progression.

Bonus Feats
At 3rd level and every 3 levels thereafter, a Warpriest gains a Bonus Feat in addition to those gained from normal advancement. These Bonus Feats must be selected from those listed as Combat Feats. The Warpriest must meet the prerequisites for these Feats, but he treats his Warpriest level as his Base Attack Bonus (in addition to base attack bonuses gained from other classes and Hit Dice) for the purpose of qualifying for these Feats.

Finally, for the purposes of these Feats, the Warpriest can select Feats that have a minimum number of Fighter levels as a prerequisite, treating his Warpriest level as his Fighter level.

Warpriest are good with smaller weapons for which they use their Sacred Weapon damage instead early. I made a guide for Sacred Weapons: 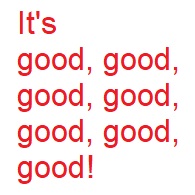 In preparation to the Warpriest Stretchgoal for Wrath of the Righteous....

So what is this class good for? Has less spell power than cleric and doesn’t get as many bonus like taking few classes of fighter, if you want make a more buffed cleric. I wanted to make LN/LE Paladin-like character with a mix of Hell Knight and first took a look at crusader. But in the end I was more happy with a heavy armor oracle for going hell knight later on.
Can someone explain me whats special about a crusader?

I don’t recommend a crusader, but I understand the goal behind it. Clerics are a feat starved class because they receive few feats and because and they can benefit from a wide array of feats, ie feats that increase the DC of your spells, that boost your summons, and that improve your melee abilities and weapon/armor selection. They can’t do all of them. Crusader tries to solve this problem for a cleric who wants to do melee damage (probably as a 2nd line, reach weapon user because they are still 3/4 BAB), puts their attribute points in strength, and use their spells for buffs, heals, and summons (ie spells that don’t have a DC check). By giving up 1 spell per level and 1 domain, they get 4/5 (??? I’m doing this from memory) extra feats and access to damage boosting fighter feats.

Most people think this is a bad deal for two reasons: sacrificing 9 spells is a huge cost and splashing 1 lvl of fighter can usually solve your feat problem by giving you access to better weapons and heavy armor and giving you an extra feat.

I tend to agree that 9 spells is a huge cost. But I do think it’s overstated. If you’re looking at a melee cleric build, whether a crusader or a fighter/cleric, you’ll have to invest in strength and that will limit your wisdom and cripple your spell DC. So you’re giving up 9 spells, but they will be buffs, summons and heals—not a cleric’s more powerful DC spells. It’s still probably a bad trade, but it’s overstated because most people think about the 9 spells as if it were a caster cleric.

I can’t comment warpriest because I avoided the alpha.

In summary, play an Erastil cleric with an OP animal companion, the OP sacred domain buff from community, and shoot a long bow. It’s much more powerful than a melee cleric. When you’re bored, then think about crusader v warpriest v fighter/cleric.