The Dark Eye: Book of Heroes

So I was recently debating with myself if I was indeed the only one on this site looking forward to the release of The Dark Eye: Book of Heroes.

Chances are folks probably never heard of this upcoming RTwP cRPG that soon releases in Q2 2020 on Steam. It being developed by a small, 11 people strong Finnish indie studio and all.

But The Dark Eye TTRPG should at least ring a bell or two. Given it’s a pretty famous PnP game over here in Europe. Yeah, the good ol’ Drakensang video game franchise is also part of this IP.

Thanks to point me to this game. I don’t know that is in development. I played the two Drasengan game, Dark eye and The river of Time and they was great game. Look into it.

Hope I would have money to buy this. It seems like my type of the game.

There’s been some exciting news on this one!

The problem is how they will adapt the rules of the Dark Eye. If it’s à la Realms Of Arkania, it will be horrible. If they do it à la Blackguards, it’s interesting.

I hope you know that this game is nothing like Pathfinder or even Drakensang. It’s a coop game where you only control one party member the others are either players or AI.

Singleplayers will be able to adventure alone, or with up to three AI controlled mercenaries. Which the player can hire at the tavern hub for a fee. There are both cheap ones and expensive ones to choose from. Basically you will get what you pay for here. Each such AI controlled merc will show different behavior both inside and outside of combat. Making them already far more interesting than the usual henchmen in my book. Gotta say I welcome the fact that I don’t need to micromanage my party for once. And instead am able to focus on roleplaying my character. Also of note is that co-op players will be unable to hire mercs if they already have a friend in the party. So mixed parties will not be a thing in Book of Heroes.

In other news:
There will be an AMA tomorrow at 5 PM (cest) / 11 AM (edt). People who have questions about the soon released title can feel free tuning in during that time. I certainly do.

Here’s a short summary of the AMA from yesterday:

The game looks and sounds like shovelware trash, no idea why anyone would play this in 2020. 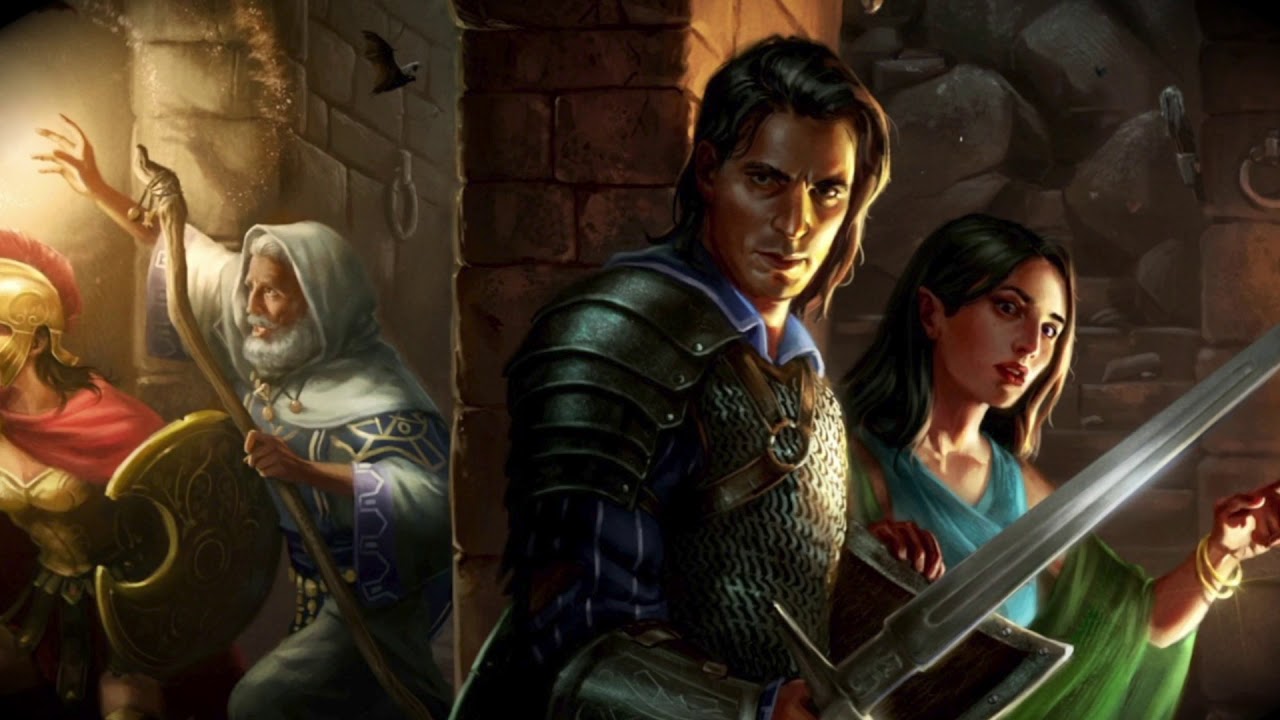 It’s harsh thing to say and rude on top of that, but it does scream “warning”

Because some people like things other than “looks”, in video games as in other things, and especially from games by little companies/publishers.
And tastes differ widely as to what is “trash” and what is beautiful.
The same goes about behaviour, actually.

this isn’t beautiful by any standards

I don’t care about modern graphics but if a game looks this bad it’s clear that the devs are either lazy or have no talent.

Look interesting ~ Thank you for sharing.
I will keep an eye on the reviews first though to see if it’s worth buying.

Just released and already at mostly negative on Steam, if only someone told you that the game will be garbage.

I will give them some slack for an indie studio composed of only eleven people when you know AAA companies with hundreds of employees can’t even make decent games anymore and still make you pay full price for everything.

I played around for three hours now. In its current state Book of Hereos is… “okay”… if you’re looking for quick dungeon crawling action inside a traditional medieval fantasy campaign setting. But people who are looking forward to a deep, overarching plot without knowing what the game is all about will be less than thrilled by it.

Is it perfect? Certainly not. But being somewhat active on their discord, I can tell that the devs are currently hard at work addressing numerous bugs. From what I saw the update is pretty much focused on ironing out gameplay issues. Although I do hope that they will make the game run a lot smoother. The optimization isn’t the best you can find under the sun…

That said, I do not regret purchasing Book of Heroes. I adore the environmental design of the various dungeon tilesets and find the music to be both pleasing and fitting for the Middenrealm. But I can do without hiring the mercenaries… solo is where the fun for me is. Others might be more at home with co-op instead.

It was also a very nice gesture of both the developer and publisher to lower the price on release date. Initially it was priced at 29.99 EUR after all. Imagine my surprise to see that this was reduced to 24.99 EUR. Things like that make the devs really sympathetic in my eyes.

What I would like to see from Random Potion in the future are more crafting blueprints, refining the gameplay, bug fixes and improved performance. Also: a level editior for creating our own dungeons would pretty much guarantee its success. At the very least inside the humongous TDE community. For the casual RPG crowd on the other hand… not so much.

Thank you for your input ~ I will eventually wait for more patches and updates to come around then.