Solasta - is it worth it

I need info about Solasta. I usually don’t really care for isometric view, but I do care about D&D. How comparable is to Baldur’s Gate 3 and Pathfinder Kingmaker? 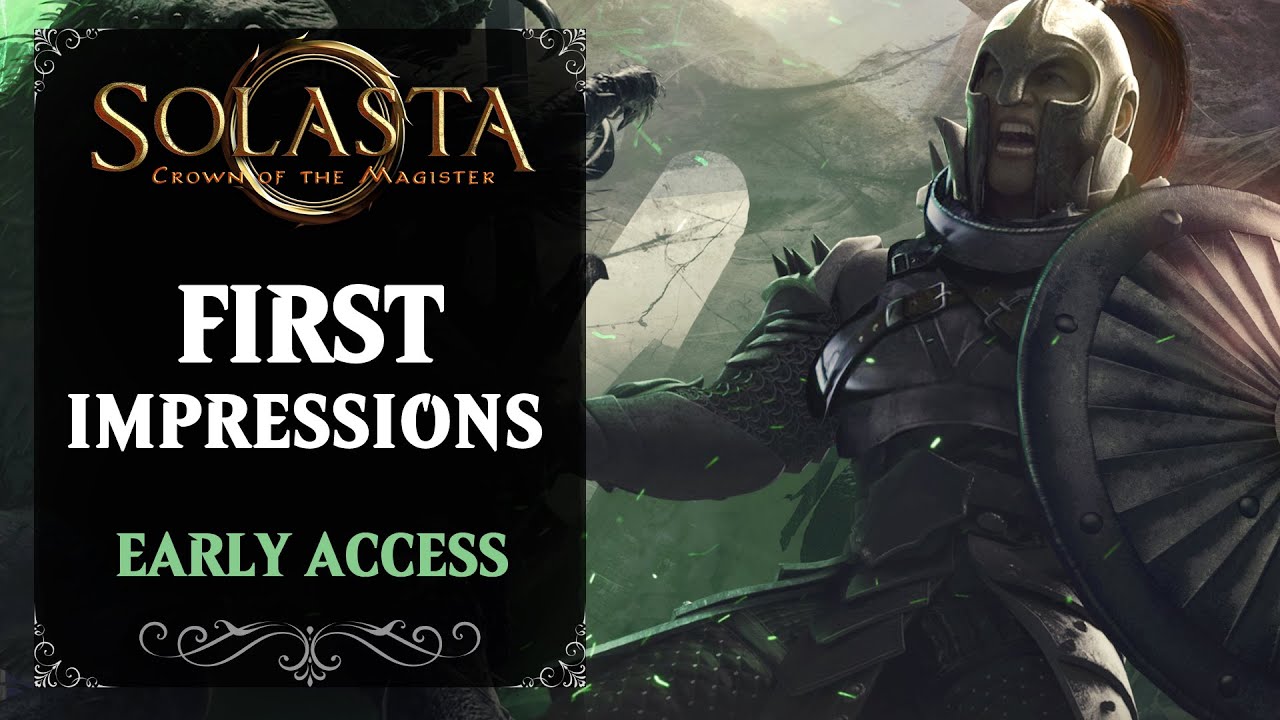 I played the demo a week or two ago, but now I can’t find it.

I also played the demo and didn’t liked it much, so I didn’t dwadle around and just quitted at the very beginning…
Now I know very little about the game past it’s D&D, verticality and that it’s poor man’s BG3.

Please, do not reply if you don’t have anything to say. I personally think you should reply bit more than simply pasting a youtube link I found one hour earlier.
Otherwise you came off rude.

Yikes, nevermind. That guy perfectly answered your question, with a link describing exactly what you asked for, and you bit his head off.

Good luck with that.

Yikes, nevermind. That guy perfectly answered your question, with a link describing exactly what you asked for, and you bit his head off.

Good luck with that.

I’m sorry if I came out rude… I didn’t meant to.
In past I was given links on forums in way that make fun of my inquiry (not this forum), so I’m bit sensitive.

I like SOLASTA a lot, i have been playing for the pass few days and it’s very good game if you like turn-based DnD game that try to really replicate the table top experience.

However, it’s a early access game which mean bugs and we can just play a little part of the game, until level 5-6 or around 20h.

It don’t compare much to Pathfinder: Kingmaker and i personally don’t like what they have done with Baldur’s gate name. It doesn’t mean BG3 is bad game but it’s just not what i have been waiting for 20 years.

I recommend buying SOLASTA early access if you like turn-based DnD and since they are a small studio, to help them create a good game.

A lot of people come here for seeking advise and with showing a videolink to a youtuber that i think reviews games that are d&d based well, i just wanted to give you a wider spectrum of posibilties to check a game out before hand.
Also I dont have much knowledge about the game myself because I’m a console player, so a link to a video that i just rememberd was the only help i could give.
Just a quick overview of the mindset of a helpful person and also try to think before you answer sure this is internet but being polite and thinking before speaking even applies here. You dont know which person you are upsetting by such postings. If you were to run in a hacker he probably would share some valid info about your personal life right know.
At the end: no need to be a fraid of me but keep in mind that the internet isnt a save haven. It is even more brutal then real world

Writing is cringe, the story/setting is boring as hell, facial animation is ugly, voice actors sound cheap and disinterested, extremely linear with almost no choices or branching paths but the combat is fun.
Overall a 6 or 7 out of 10 CRPG if they fix the bugs.

Don’t believe the BG3 haters who ignore every flaw that the game has.

Both BG3 and Solasta had some camera issues—I didn’t notice much difference.

I thought the combat by and large mirrors DND 5th. It’s a more faithful recreation with DND than BG3 because there are more bonus action synergies and there are spell reactions (like shield). Solasta has fewer environmental interactions with surfaces (ie no igniting your grease or freezing water) but there were more traditional DND environmental tricks (ie pushing a boulder down an edge to crush an enemy to start combat or shooting a chandelier or cage to cause it to fall).

Long resting is much more limited because you have to find a campfire to long rest and need food to do so. Short resting and the HP dice and conserving limited spells become more important as a result.

The whole party is player created vs BG3 with premade characters.

Map design is different for each. Solasta is a
XCOM/grid style. It has verticality and even flying. BG3 didn’t have flying implemented, but also has lots of verticality in level design. Different, but comparable.

Lighting felt more important in Solasta, but that’s probably because my BG3 save is right before the Underdark.

Weight management was an issue in Solasta; crafting exists.

Because it’s DND, it’s a much simpler system PF. Character creation, feats and spells are, IMO, dumbed down. That’s true for BG3 as well…

Edit: Overall, I enjoyed Solasta more than BG3. The 2 big selling points for me were better spell/ability’s during combat (specifically, the lack of a reaction spell system (like Shield) and the lack of key bonus action spells (like Flaming Sphere) really left me disappointed with BG3) and limited long-resting (I really disliked the rest anywhere/anytime feel of BG3 because it removes resource management in the game).

Somehow too simple to play, perhaps accused to the lack of money and time. I prefer to it rather than BG3, it’s much funny.

Also, Pathfinder and Bg3 are both story focused CRPGs while Solasta is clearly combat-focused eg. if you mostly enjoy roleplaying and interacting with a world and characters then you can simply skip Solasta, because that stuff is extremly limited there.

Sadly since it’s 5e the and only has 6 classes and 4 races the amont of potential charcter builds is very limited so even for folks who just skip dialogue Pathfinder is porbably the better game.

It should also be noted that Solasta’s Early Access costs half as much as BG3’s at the moment.