Pathfinder: Kingmaker comes to consoles! Turn based option for both consoles and PC

We have announced a long time ago that Pathfinder: Kingmaker will come to consoles. And now it is time to reveal the date!
On August 18th 2020 Pathfinder: Kingmaker Definitive Edition will launch on PlayStation®4 and the Xbox One family of devices including the Xbox One X as well as PC. The classic RPG will take adventurers to the Stolen lands featuring all previously released content packs as well as a brand new turn-based mode, bringing the game even closer to its tabletop roots. And, yes, turn-base is coming to PC as well!

The game will be available at selected retail stores as well as through the digital stores of the respective platform. 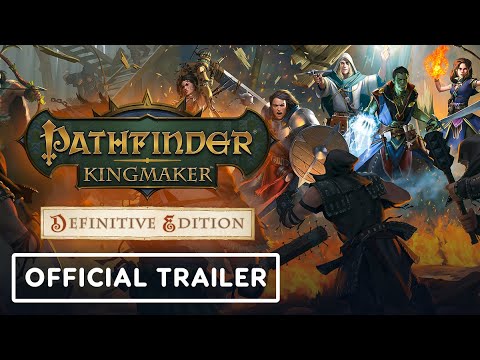 The turn-based option started as a mod and we want to say thank you to the creator of it - Hsinyu. They showed us the way to implement the turn-based system into Pathfinder: Kingmaker and bring it even closer to the tabletop experience.

I have bought kingmaker shortly after release plus the seasons pass on gog.
So in august there will be a patch that adds turn based mode to the game.
Great, I am not a big fan of modding.

Maybe I start playing again then. I have finished it only once because the game is so huge.

The best news ever P:KM Turn Base Mode … i want to replay with this!!!

Any chance it will fix the full screen mode as well. Or other things that make the game crash out of box?

I’ve been playing the updated P:K in turn based mode and it’s GREAT! I’m playing through the game again now. Would love to be able to move the camera if that’s possible in the future. So glad this was added to the new upcoming WotK game. Upped my Kickstarter pledge when I heard that.

Good shoutout to Hsinyu! I only purchased Kingmaker because of his turn based mod. I wasn’t interested in RTwP. The Turn-Based mod was amazing. He went above and beyond creating the best Turn-Based mod you could imagine!