Hey guys/gals, I am making a Kineticist and could use some build advice.
Going to start a new playthrough while I wait on fixes cause I ran into hard stops in ch 4.
So, I picked Overwhelming soul, Aasimar-Musetouched, S-10, D-19, C-12, I-12, W-10, C-17, Mobility, Persuasion, UMD. Point-Blank Shot. (Mendevian Orphan)
So could I get feat selection pointers for this and any other tips you think I might need? (Novice on pathfinder rules.)

I don’t have much experience with the Overwhelming Soul archetype, but having used the Kineticist companion in Kingmaker I can provide a few tips. Your build looks pretty solid. For feats, you definitely want to get Precise Shot (which you’re already working towards with Point Blank shot). I think that Deadly Aim works with Kinetic Blasts, so that could be worth picking up as well. If you are using an energy blast (ice, electricity, fire, etc.) then you definitely want to take Spell Penetration - lots of demons will eventually have Spell Resistance so you’ll want to make sure you can hurt them. The Kineticist generally doesn’t have a lot of feats that make the Kinetic Blast stronger, so you have some freedom to get stuff like Armor Proficiency, Improved Initiative, or other stuff like Skill Focus.

You should also know that demons are immune to electricity (at least in tabletop Pathfinder rules - I don’t have the Beta so I can’t confirm) and while there are Mythic feats that let you get around resistances like that, it could be an issue in the early game. At the same time, demons generally have a lot of elemental resistance, so you might want to just stick with a physical blast as your default instead (stone, water, etc.). When you get to pick a second element, it’s usually better to grab a new element instead of making your original one stronger - having more infusions to mix is generally better than any of the expanded elements for doubling up, plus more damage types gets around more weaknesses. Make sure that you get a good composite blast - those are a major damage boost. I particularly recommend picking up the Earth element at some point - later in the game you can get an infusion called Deadly Earth which lets you just create a big area where enemies will take constant damage. Use that with a powerful composite blast and you can do incredible damage - just watch where you put it to keep your party out of it.

I would suggest getting Perception instead of Mobility but because Perception comes up multiple times per map, and typically only 1 person gets to make a mobility check at a time.

This guide is still relavent in WotR, but obviously you don’t want burn with the Overwhelming Soul. 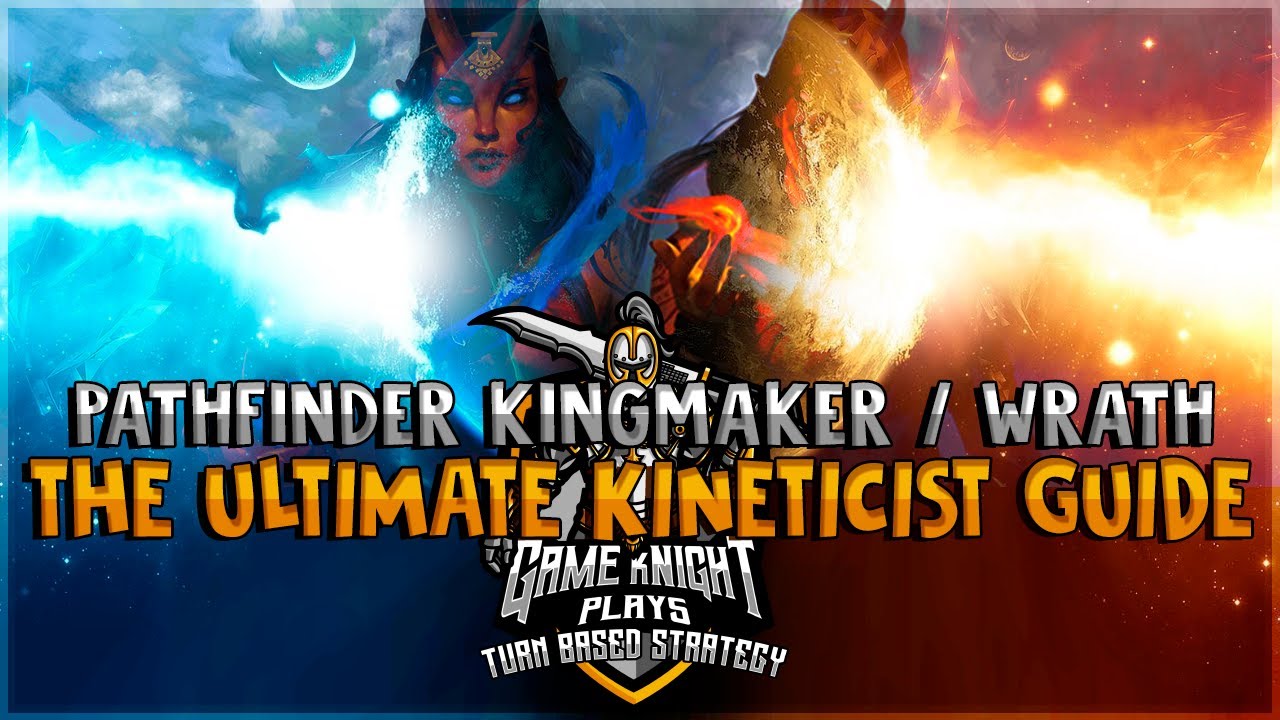 One of the big plusses of Overwhelming Soul is that you have the Charisma as a main stat, so the general expectation is that you will be using that to Intimidate through feats like Dreadful Carnage

Hey thanks for the tips guys. I have to jump in game on my high level character and check out demons to see it they have lightning immune. ( EDIT: Yes many are immune to Lightning. ) Then rebuild my char cause that is what I built…lol I thought about perception, but it is a wisdom base skill and I have 0 bonus. So my companions will always have better perception than me. Though I guess it does depend on party composition. Which can and does change quite a bit with all the companion quests and a few other factors. Still, I will give it some thought. Better to see slightly less than others than not at all I guess.

The main reason that I push perception so much is that you get an extra roll. If you’ve put points into it, then a natural 20 will almost always find something at your level. There are lots of traps, secret door, and hidden loot.

Make sure that you also take the Ascendant Element Mythic ability for your elements. That makes your Kinetic Blast ignore elemental resistances and immunities.

I recommend psycho / plumekith aasimar instead of overwhelming soul / musetouched. You can take the Oblate (acolyte) background to get Wisdom to Persuasion and then totally dump Charisma for extra stats and get the benefit of a better will save (which is normally low for kineticists).

For blasts I think earth / earth makes sense so you can get the benefit of cold iron physical blasts, which will go through most of the demons’ DR in the game (and avoid having to go up against SR with energy blasts and burning a mythic ability to ignore elemental DR). The main issue will be high AC enemies, so get as much Dex, weapon focus, etc. as possible since you will have only 3/4 BAB.

The main issue will be high AC enemies, so get as much Dex, weapon focus, etc. as possible since you will have only 3/4 BAB.

Which is why I went with Overwhelming Soul, on 3,6, 9, 11,15 & 18 I get +1 to Att & Dam. This puts me on equal footing with fighters. Or am I missing something?
I do still suffer from low will though. I know +wisdom circlets would be neccesary to help counter the low score.
Plus the Psycho gets a nasty -2 to will save & will based ability’s - per point of burn, Which sounds absolutely nasty and could negate the wisdom bonuses altogether.
And you still recommend it?

I think the other benefit of Psycho v. OS beyond decent Will saves (which seem pretty important so far in WOTR) is you can totally dump CHA to free up points for other stats (like Dex) and boost Wis-based skills (like the almighty Perception), but yes OS’ Overwhelming Power is pretty pretty pretty good.

Plus the Psycho gets a nasty -2 to will save & will based ability’s - per point of burn, Which sounds absolutely nasty and could negate the wisdom bonuses altogether.
And you still recommend it?

Plus the Psycho gets a nasty -2 to will save & will based ability’s - per point of burn, Which sounds absolutely nasty and could negate the wisdom bonuses altogether.
And you still recommend it?

I hear ya on the perception, and I have played characters with high perception and low perception, multiple times in this game . And I have found the same secrets/hidden items on all characters, because of the party’s perception on low perception MC. I do recall missing one or two on some playthroughs, but I know what was in there and it is usually just mediocre stuff.
But are you saying that the loot table changes with higher perception?

But are you saying that the loot table changes with higher perception?

No, that is not the case. It is just whether or not you see something.