The fall is here and we are ready to start the second phase of Alpha Test with some awesome additions! We have worked hard to prepare for it and bring even more of Pathfinder: Wrath of the Righteous to you. We are really excited to share more content of our upcoming game and discuss it with our community.

With the new Stage of the Alpha version we are adding more content - including prologue and Act 3. Some of the main additions are:

We have added a tutorial and prologue. For Pathfinder: Wrath of the Righteous we have a goal to help new players learn the basics of the Pathfinder system and assist in building a well-rounded character - it is especially important against such immune-heavy enemies as demons. Currently, we are working on the context tutorial which will help new and veterans players alike - advising them depending on their skill and level.

While not all systems are implemented in the alpha, part of them will be in the new version. 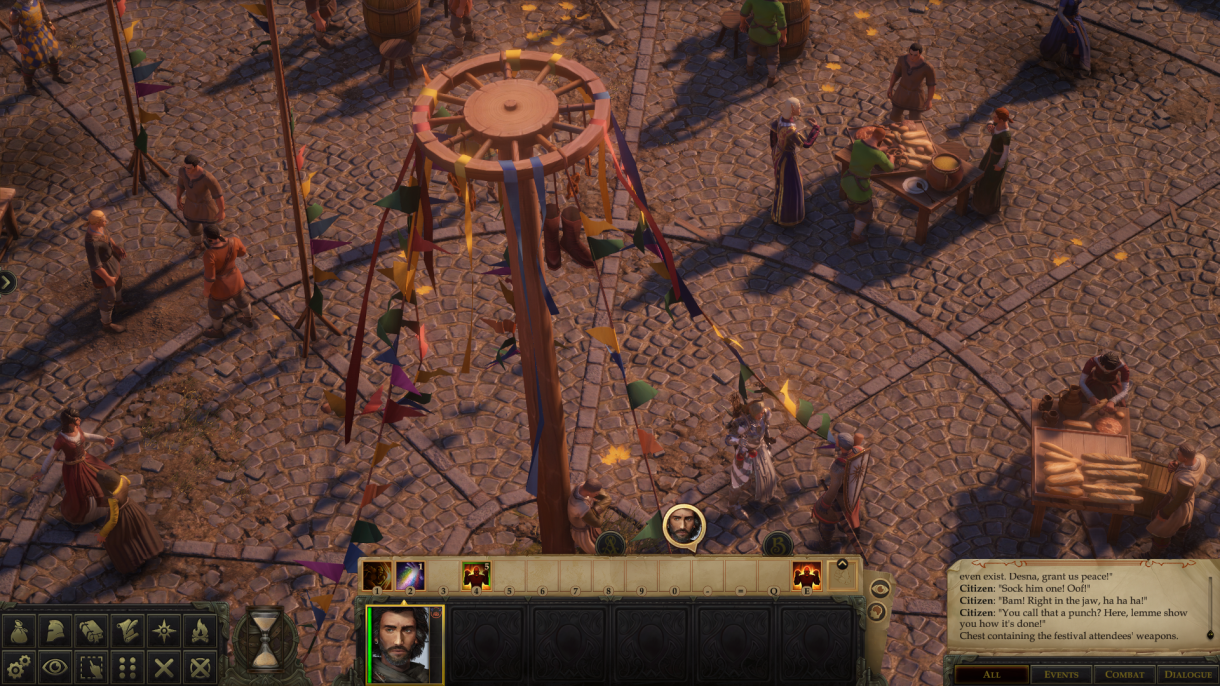 Act 3 will also be playable in the new Stage. More adventures await in the Worldwound - with a lot of places to explore and quests to finish. Nearly all of the Mythic Paths will get their story expanded into Act 3. Excluding Demon, which will have to wait a bit more - his quests aren’t finished

And with new chapters come new companions! One of them is Wenduag - a mongrel huntress, a merciless and vicious warrior whose cruelty will intimidate even the demons of the Abyss.

You can now get a valuable asset in the form of Greybor - a cold-blooded assassin, a dwarf who exterminates demons not by duty’s call but solely in the name of profit.

With the third companion being Arueshalae. A heretic amongst demons — a succubus who has betrayed the Abyss, seeking to abandon her evil ways and turn to good. 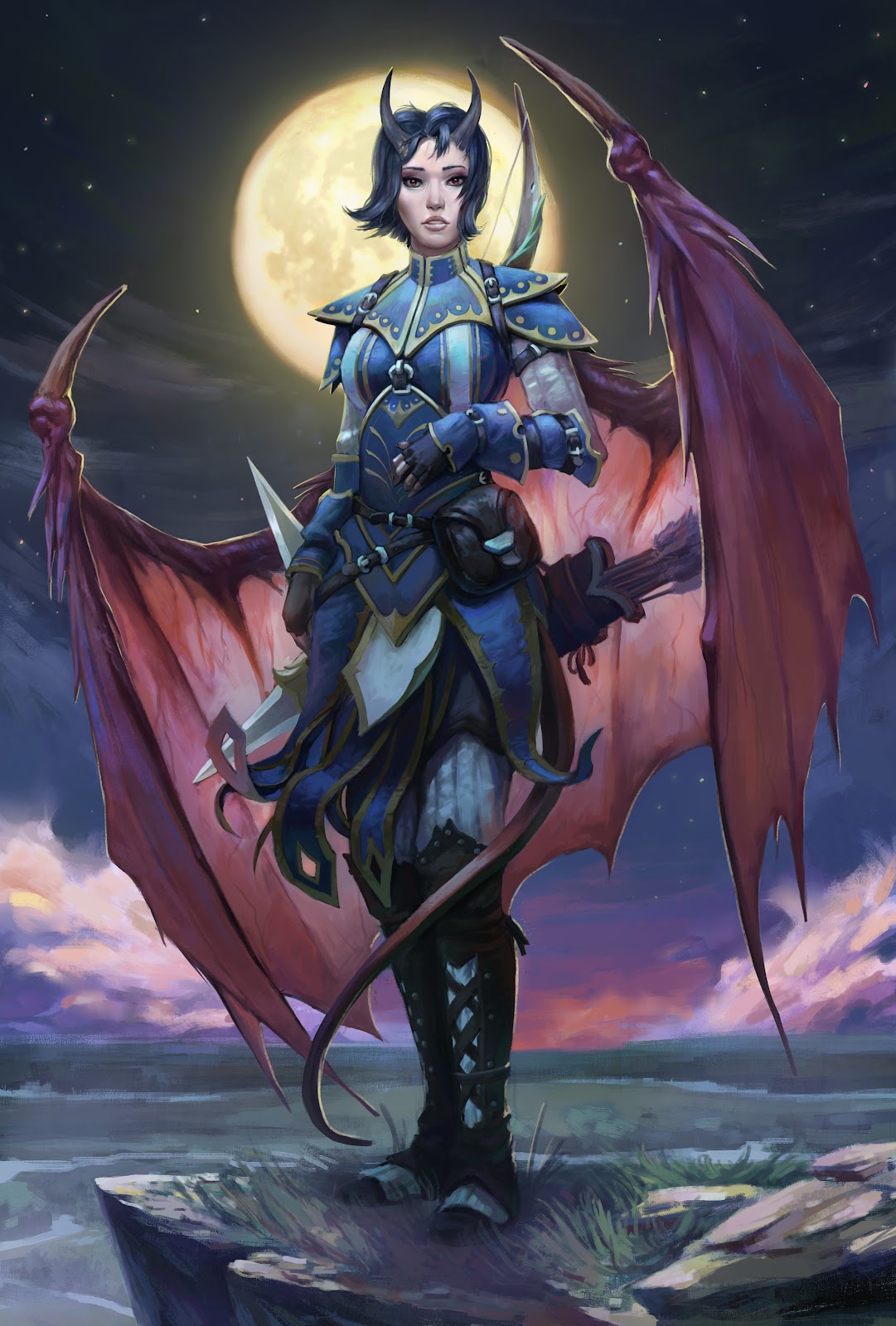 Alpha testers will also be able to learn more about companions with their new quests. Currently, there are continuation of the stories for every companion (and it will answer the most popular question and guessing game “Where is Woljif?”) and a new one – for Wenduag.

Crusade will also be expanded and get some new features. With the new Stage, generals are arriving – in Act 2 there will be an option to recruit and, later, upgrade one. Another mechanic that will be added to the Crusade is ritual casting.

There also will be quests for Crusader in Act 2 and 3, and in Act 3 players will be presented with construction options and projects.
This will be only the first iteration of them and we want to ask you to provide as much feedback as possible about this part of gameplay. Crusade is still in works and can be improved based on the thoughts and suggestions you provide.
We are also working on tactical combat right now - one of our current goals is to improve its depth. It will be added to the game in 2 or 3 weeks after the launch of Alpha Stage 2.

Gathering the Righteous (and their feedback).

As in the previous test we will have two main places for discussions of the alpha – our discord server and our forum. Join us there and participate in all kinds of discussions related to our games!

The feedback will be gathered in the same old way: polls and gathering information from our tester’s discussions. Stage 2 of the alpha test can be discussed on the forum in the special sub-section or in discord in special channels.

If you don’t have access to the alpha sub-section of the forum or alpha channels on discord - you can contact us via email team@owlcatgames.com or in discord (Community Managers group in the user tab).

A bit of UI improvements. 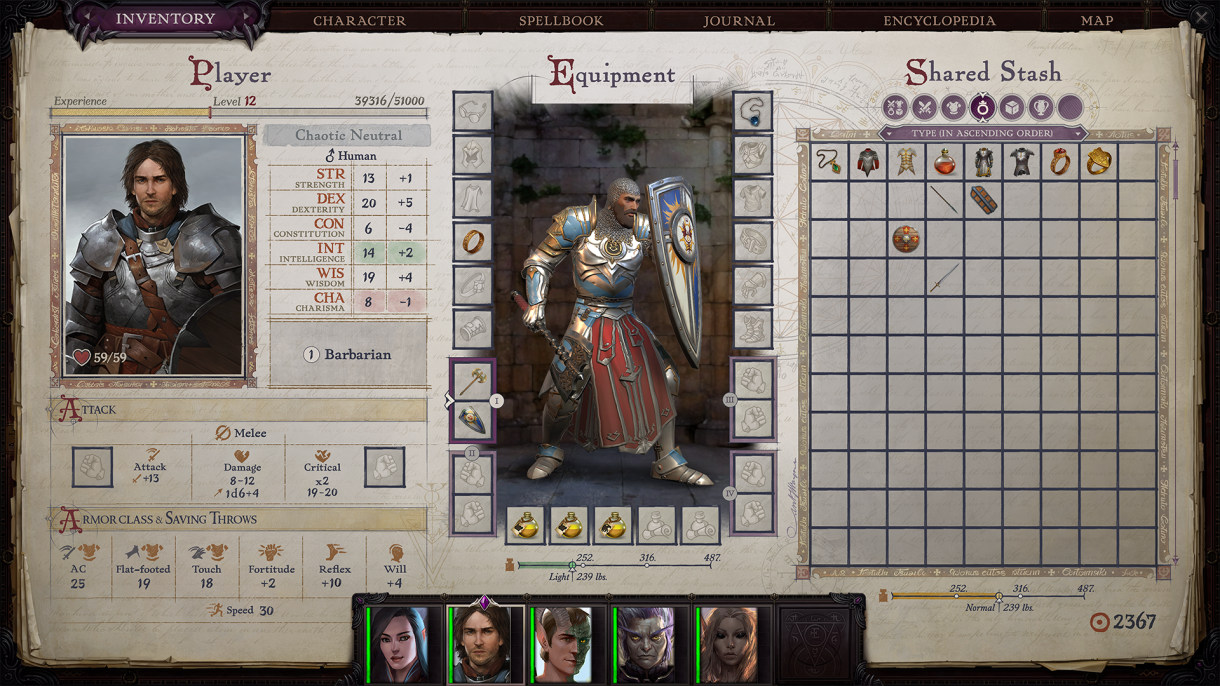 Another “glimpse” into the future is parts of the UI in Stage 2. Currently, only inventory and dialogue windows changes are implemented.
And, as some may know, our UI is always related to what happens in the game in some way. Pathfinder: Wrath of the Righteous is no exception. But how it is related to the plot you will learn later…
Talking about improvements: we have increased the size of the character model in the inventory. The quality of models was improved - now you will be able to see more details on your character. There are also two new slots for the equipment - goggles and shirt. Otherwise it will be the same old UI.
Another thing our UI team is currently working on is improving the “Attack” block. It can have some issues on higher levels when using two-handed weapons.

We are really interested in feedback on the UI changes and will keep an eye on it to see your thoughts on it.

There are still a lot of things to add, finish and polish. But with each passing day more tasks get completed by the team. Even more tasks will be finished by the release! And the assistance of our alpha and beta testers will allow us to improve the quality of the game/ With their help we gathered a lot of feedback and ideas, which we discussed for two days, after which more than 100 tasks were created to improve Pathfinder: Wrath of the Righteous (we talk about it in the update Per Aspera ad Alpha). Some of those tasks are already finished and made it into the new version of alpha.

Is Alpha Stage 2 backwards compatible with Alpha 1 saves, or do you recommend we start a new character?

Edit: Also, are there particular topics or issues upon which Owlcat would like us to focus our feedback and testing?

I suggest you start a new game. I am not a staff member but because we have now new things added in the game it is kind of critical to see it all through and hopefully find as many (new and old) bugs as possible.

Old = it is not fixed yet, so reminder is in order
New = oops, something went broken when new toys were added so developers need to know from it

Just my own idea. But I guess there will be still old save games and you can use them if you want to just look “forward” a bit. But you will lose plenty of added stuff and tutorials and even some of the companions, quests, items and things like that.

I agree; I was just curious whether they are interested in us testing backward compatibility for any reason.

Well Bye Bye Guys I have to save a world xd

Yeah, perfect timing for me. Starting tomorrow I’ve got 2 weeks of vacation

And what they included is actually way more than I expected for the second alpha phase. Thank you so much Owlcat.

Just my own idea. But I guess there will be still old save games and you can use them if you want to just look “forward” a bit. But you will lose plenty of added stuff and tutorials and even some of the companions, quests, items and things like that.

I would be pretty surprised if they allowed old savegames. They mentioned that they added the quest for Wolijf and if you load an old savegame after the Chapel, I think that would be highly likely to break stuff regarding his quest and lead to bugs that are more related to using an old save and would not appear if you started a new game. Also you meet Arushalae already in Drezen and meeting Wenduag and Lann’s reaction might play out based on how you interacted with Lann before. So there might also be new triggers added there which you might not have in old savegames. Additionally they added features to the army management, which somehow need to be represented in the save files. Just speculation on my part but I suspect that savegames are not compatible.

And after all, the prologue adds a pretty big incentive to start a new character anyway

Try updating your Graphic Card’s drivers and start a new game.
Worked for me.

Just got the Alpha Access today (went through the preorder store). Of course, I guess it just has to go through possessing to make sure everything checked out alright. So it says paid so I should be good.

Still trying to get the game working on my computer. After 8 hours the game is still locked on the loading screen. It’s not crashing. It looks like it’s trying to bring up the main menu but can’t.

What are your rigs specs? You might not meet the requirements.